Flutter is an open-source SDK by Google to develop Android and iOS apps. It allows Android developers to build production-ready app prototypes in hours. Further, it empowers developers to design iOS apps without the knowledge of Swift or Objective-C languages. Flutter is written with the principle that performance, quality, testability, and multi-platform support are indispensable. The Flutter language is fast and fluid, removing all the pain of cross-platform development. And, it can adapt to an iOS or Android app’s look-and-feel for each platform with Material Design and Cupertino.

Here, we enlist the Flutter’s Most Dynamic Features:-

Now, the billion-dollar question is how Flutter is setting the App development trend in 2022.

Mobile app developers are constantly looking for the newest and freshest tools to help them in their work, and Flutter is drawing a lot of attention. Mobile app development is constantly evolving, and this is giving rise to the concept of “cross-platform” applications. These are applications that work on multiple platforms (mobile, web, desktop) without the need for separate “native” apps. This approach has many advantages, including reaching a more extensive user base and requiring fewer development resources.

In practice, it can be difficult for developers to create a cross-platform without sacrificing the experience of using and interacting with their applications. For example, most cross-platform frameworks (Xamarin, React Native, etc.) use HTML for the user interface. Moreover, HTML is never meant for working natively with touch screens, and so applications using HTML often have a poor user experience. Flutter provides a high-performance mobile application UI framework that works from a single codebase. To make this possible, the folks at Google have used their Dart programming language and some advanced programming techniques.

This article looks at some of the reasons why Flutter is setting the trend in mobile app development.

Flutter includes a complete implementation of the new Material Design UI and styling language by Google, which allows for stunning and intuitive user interfaces to be developed very quickly.

Flutter is a complete SDK for building user interfaces, allowing complex widgets to be designed and created. The widgets in Flutter are built using a visual design language that allows non-technical users to contribute their widgets.

Flutter uses a complicated but efficient system of “hot reloads,” which allows for changes in the code of a running application to be changed almost instantly.

One main advantage of using natural languages to create user interfaces is making it much easier for other programs to use them. Hence,Flutter SDK includes a large set of pre-built widgets and user interface functionality which can be embedded into software written in other languages.

Flutter has been designed as a complete SDK from the ground up, so it includes UI-related components and tools and libraries to create complete Flutter applications.

The hot reload system makes it easy to test changes, but other performance-enhancing features benefit mobile applications. Flutter’s rendering engine is based on a custom 2D graphics library designed to isolate the application from the system, allowing applications to render at 60 FPS even on low-end devices.

All of the renderings in Flutter by Vulkan API, giving developers access to hardware-accelerated graphics on all iOS and Android devices.

Flutter includes a complete platform for playing and encoding video, allowing developers to play videos in their applications.

The Vulkan API supports hardware-accelerated 3D graphics, which Flutter can provide because of its built-in support for the Metal API.

The programming for most cross-platform frameworks are only in the primary coding language of their platform, so for example, Xamarin. iOS uses C# instead of Objective-C. Flutter has its native code interface for programming parts of the application, making it possible to use the iOS or Android SDK parts directly in Flutter code.

Flutter allows for custom fonts in applications, so it is easy to design a logo or other graphical element in a separate program and then include it in the application.

Material Design has several built-in themes. They can change the look of an application, but developers can also create their themes using the Material theming language.

Flutter has been the buzzword in app development for a few years now, and by 2022 it will be even more ubiquitous. This cross-platform framework is open-source, scalable, fast to execute, and provides native UI elements that make designing apps easy. With features like hot reloading of code changes without having to restart your project or waiting five minutes for an update to show up after you make edits – this platform is perfect for developers who want speed as well as creativity. Company X offers ingenious solutions using Flutter technology that creates beautiful layouts with ease while still meeting the needs of modern platforms such as iOS 11+, Android 8+, and Windows 10+. If you need help developing your mobile strategy, Core Techies is there for you!

previous
Why is ASO Important for Your Mobile Applications?
next
Top 10 website development trends to follow in 2022 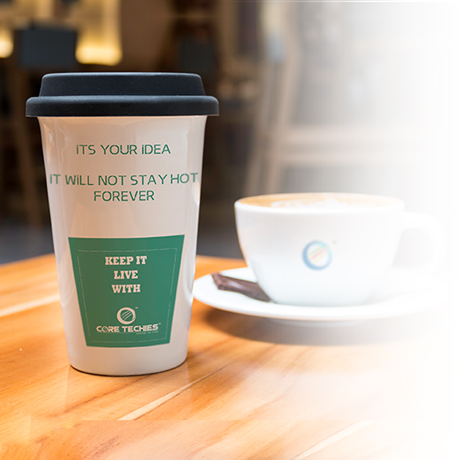